Ballad of the Back Alley 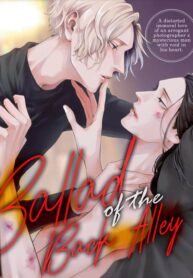 A poor sex worker who got abused SO BADLY and was bleeding and bruised up, gets found in an allyway by a photographer. Instead of helping, he just takes pictures of this poor man,  Then after the sex workers begs for help, he brings him to his house, and when he sees how many MORE bruises he has on his body and how beaten up he is he SMILES EVEN MORE and lets him stay there to keep fucking him and take pucs of him. But poor photographer, his TOY doesn’t have any bruised anymore so his happiness and excitement is gone, SO NOW HE WANTS TO START BEATING AND CHOKING HIM FOR BRUISES?!. I HOPE HE BURNS IN HELL. It is 1 thing to have a choking kink or whatever tf, but your first instinct to a BEATEN UP BLOODED PERSON being “lemme take pics” whilst smiling, and the same when the person is in your home and you see their whole body is bruised? An actual Sociopath. 0 empathy, hope hid house and him burn down together.