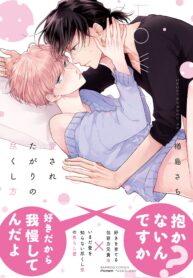 Yohta Seto just wants to feel needed. His lover dumps him, saying Yohta would be with anyone as long as they praise him! After getting kicked out of his ex’s apartment, he meets Tatsumi Okazaki, a regular at the restaurant where he works, who lets Yohta move in with him. Tatsumi confesses he’s always been interested in Yohta, and asks if he has a chance. “I’ll do whatever you need if you let me stay…” Yohta says, attempting to seduce him…! “If you mean it when you say you like me, I wish you’d prove it by sleeping with me…” Tatsumi’s mixed signals are confusing the hell out of Yohta..