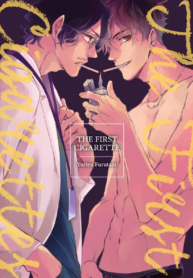 During his medical school years, in his curiosity about the gay scene, Kan happens to meet the handsome and charming Tooru. His first encounter with a man was too pleasurable – so much so that he fell head over heels for Tooru. But, shortly afterward, Kan wasn’t able to get in touch with him any longer. Fast-forward three years later: Tooru reappears in front of Kan again, but as the man who’s going to marry his sister! The naughty Tooru toys with Kan and their relationship reignites.

A dangerous love triangle between three adults is about to unfold: A doctor stuck on his former love who is now his older sister’s husband.

No Milk’s Coming out of My Nipples!

This Person is Mine – Detroit Become Human dj