Forced to Warm Him up at Night (YAOI) 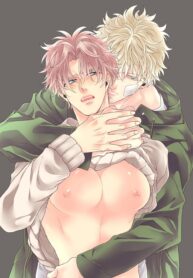 On his way home after drinking with friends, Tomoe finds a handsome, mysterious young man slumped on the street. He seems to be injured, so Tomoe takes him home, but things get intimate fast! In the morning, Tomoe wakes up to nothing but a pile of money on the table…! Enraged at the idea that he unwittingly sold his body, Tomoe goes looking for the guy. But, all he can recall about him is his beastly embrace, his hunger for human skin… and his ragged, desperate breathing as he whispers, “Give me your warmth”