Impurity in Your Mouth 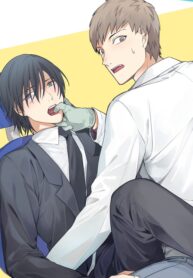 Office worker Jaeyeon Yoon finally decides to visit a dental clinic after years of running away. He gains this courage partly due to his interest in the kind and handsome dentist Jong-geun Lee, and visits the dentist after hours. Jaeyeon reveals to Jong-geun his issue with visiting a dentist normally, which is that his mouth is very, very sensitive. During the first check-up, Jong-geun experiences just what he means by this, when Jaeyeon lets out a very erotic moan. Jong-geun tries to push away his feelings for Jaeyeon since they are doctor and patient, while Jaeyeon tries his very best to flirt with Jong-guen. The start of a secretive after hour check-up between the dentist Jong-geun and the fatally sensual Jae-yun begins now!