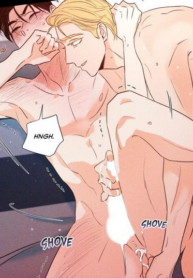 During his youth, child star Haley Rusk once captivated the people of America with his charming face and acting. But now, as a narcissistic adult, he is notorious for something completely different. From scandalous sex to drugs, he’s done it all– Haley Rusk is a bonafide Hollywood Bad Boy, in the worst way possible. After a very public and drunken confession to America’s Sweetheart, Noah Raycarlton, his reputation finally hits rock bottom. Haley turns to some supernatural blood magic as a last-ditch attempt to repair his life, which ends in his body being possessed by the soul of a mercenary named Mason Taylor. Mason, while not confident in acting, seems to have a deep-rooted history with Noah. What kind of traumatic past do the two of them share? And, what really happened to Haley Rusk?

In an Empty Classroom