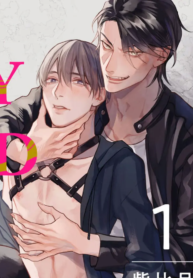 Leo Mikuni is past praying to gods. Having cast all pretty notions of kindness aside, he’s drawn to the occult, which affirms his all-consuming negative emotions. He knows his solace in demons is only a temporary solution to his problems, but summoning demons is the only thing that keeps his loneliness at bay. One day, when he’s performing a stress-relieving summoning ritual, a handsome, scowling man dressed in black appears in a crash of lightning. A real demon in the flesh! Thrilled beyond belief, Leo accepts the demon into his home. But, it doesn’t stop there. The demon demands he accept him in bed…!Leo’s difficult life drives him to worship demons, but one day, a summoning ritual turns real and brings a handsome demon into his home!

Free! dj – Orca at the front gate, orca at the back gate