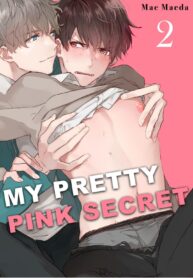 Shinji is just a normal guy in college,
but he’s got a secret he can’t tell anyone.

One rainy day in high school, his friend Kyo played with his body, making him feel embarrassingly good.
Ever since then, Shinji can’t forget that sensation.

He tries to deny this side of him, but one day, Kyo appears in his life again.
While a little nervous at first, Shinji loosens up when he realizes Kyo’s probably forgotten that incident.
But, as soon they’re alone together, Kyo’s attitude changes completely!

He pushes Shinji down and starts having his way with him…

Rubbing, scratching, licking, sucking, and biting…
Shinji tries to fight him off, but his body responds against his will!

This is a boy-on-boy romance between a top who loves tormenting his best friend, and a bottom who can’t help being so sensitive!