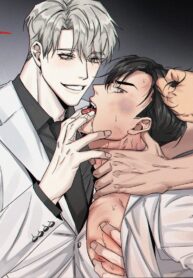 Jeonghoon, a promising executive in the organization, decides to directly teach and discipline the youngest member of the organization. However, Jeonghoon, unlike the rumor, was interested in Hyunjae-who can only look pretty, became close to him.

A year later, with those unknown words,
Hyunjae disappeared without a trace.

And to make matters worse, Jeonghoon’s organization was attacked and got exterminated.

At that time, a familiar face appears from the opposing organization… .
“Hyung, it’s been a while. Did you miss me?”

The Maknae I love for a year.
Return as a “brother” to the opposing organization!

I’m curious about the hunky gardener!