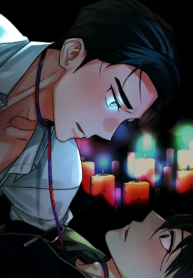 After loosing his parents early during his childhood, Baek Hoyeon(28,closet gay) & his sister was sent to their relatives ..but he was thrown out as soon as he became an adult since then he has been living barely scraping by doing odd jobs ..But when his sister took him to a shaman to get rid of the ghosts who were tormenting him every night he heard that he will die within an year since they have been draining his life force ..The only way to saved himself is to appeased hose 100 ghost by having sex with them ..And then he meets Chwadan, someone in a similar position as him who will become the vessel for the ghosts & spend 100 nights with him