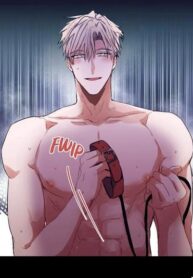 Yuri, a sadist, gets caught while gossiping about Dowon, the team leader. He’s usually abusive to his subordinates, and Yuri gets caught up as a new victim in his workplace bullying. However, Yuri turns the tables after he accidentally discovers Dowon’s weakness and cunningly uses it to his advantage. Dowon gets a taste of his own medicine when he’s forced to do things he wouldn’t usually be able to handle~ “Be honest, team leader. This isn’t your first time, is it?”

Please Don’t Bite Me So Much!