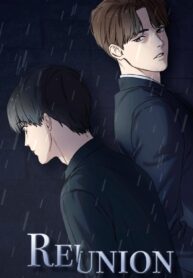 A long time ago, Hakyung was struggling to pay his mother’s hospital bills when a man came to him. The man, who identified himself as the vice president of the Taewon Group, said he was looking for his father’s benefactor. The man was looking for the grandmother of a girl, said girl lived next to Hakyung during her childhood, but now that family was long gone. The man asks Hakyung to dress up as a woman and pretend to be the benefactor’s granddaughter, and Hakyung – in need of money – accepts the offer. Hakyung was raised by the benefactor like her own grandson and therefore succeeded in deceiving the vice president’s father, and everything seemed to be going smoothly. Until the vice president’s son appeared.
Seven years later, Hakyung, who works at a bar, hears a familiar name among his customers. He thinks it’s a common name and tries to get over it, but one day, he finally comes face to face with him.

The Man Who Shattered My World