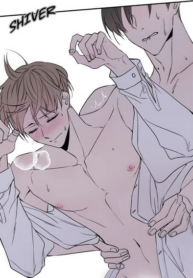 N/A, it has 2K monthly views

Lee Ha-jin, who hides his real name “Yuhan” and his past, which was a “passionate omega” trait, and lives as a “beta.” It has become his daily life to please Jin Seung, the son of J-Tech CEO, while holding a debt alone without a family. One day, Ha-Jin, who reunited with Sung Hyeop, his first love in high school, at a meeting place with a client. Seong-hyeop, the son and friend of a driver who lived and slept at Hajin’s house in the past, became the CEO of a large company. Two people still clearly imprinted on each other’s pheromones even after 10 years. In the past relationship between the two, Seong-hyeop proposes a sex partner to monopolize Ha-Jin, who left him

A muscular hero was fucked by a combat, and is completely defeated by combat’s big Alpha dick

Humiliation Of The Dark Sorcerer