The Double Life of the Demon King 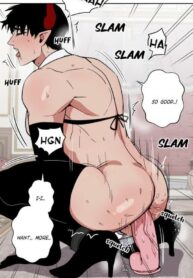 After a debilitating war against the human kingdom, Hell has lost its power and glory, and even running out of the money to pay its Demon soldiers and servants. Even the Demon King, Hel, relies on two of his most loyal servants for livelihood. To bring Hell back to its golden days, Hel decides to become independent and earn enough money on his own to save his kingdom from financial destruction. He decides to start his first job ever at a Knight’s Private Club in the human world. Now, he has to work and survive in an unfamiliar place against its customers, many of whom used to be his enemy.

The Twins and Me