The Prince’s Companion Is Batsuichi Around 40 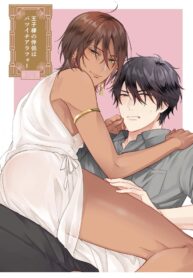 Tatsumi Yagasaki, a corporate writer who is tired of life, is forced to help Prince Nico of Rasheed Kingdom, who came to Japan to produce a guide book about it. Being dragged by the Prince everyday made Tatsumi very exhausted but he was touched by seeing Nico’s honest and innocent smile.
When he woke up the next day he realized that he and the Prince did it (they had sex). Tatsumi was afraid of the ‘death punishment’ as a consequence, but he saw Nico who was happy and embarrassed at the same time.
Because of the old custom of “spending your life with the person you gave your virginity to”, he was forced to become his “partner”!. A love story that transcends the social status and nationality of a divorced around 40 year old and a Prince!

Sunbae Who Doesn’t Fall in Love