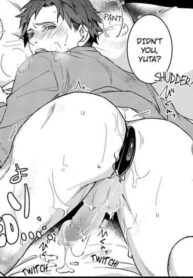 “Nice guy” Yuta has been burned by yet another girl. After getting wasted at a bar, he’s invited by the owner to a special place… a lounge where men dressed as beautiful women make their guests’ wishes come true! Yuta is introduced to the mysterious “Mitsu,” who confuses him and piques his curiosity at the same time. Before he knows it, he’s indulging in pleasures he never would’ve believed possible! A story about a cool and beautiful crossdresser and a pushover who’s unlucky in love.

I’m Yours, Blood and Soul