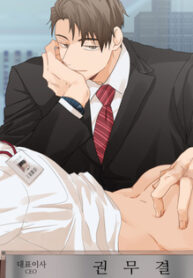 IDOLiSH7 DJ – Yaotome Gaku tied up – He’s not gonna forget about this!!