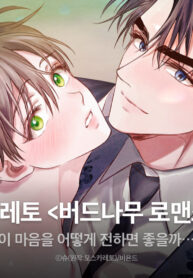 From the moment of his birth until now, Han Sang Yul’s life is not without lying. He was not the youngest son of Jodong medicine, but the chairman Han purposely took it from an Omega. Known as an Omega with a weak body but can only live as a subject of drug experiments, a drug so the body can react like other Omega. And Han Sang Yul – who was supposed to be kickedout of the house because of the value of taking advantage – since after meeting Prince Lee Reok by chance, normal life has gradually become more nervous and more hopeful.

However, because he accidentally concealed his identity with Lee Reok right from the first meeting, he felt extremely guilty and embarrassed. During the time when Han Sang Yul was hesitant in confessing, things were getting bigger and bigger.

I’m Not a Demon’s Food

Tied Up In Twins