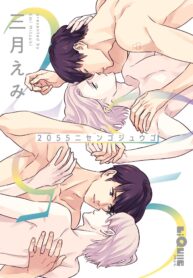 Aoi and Yanagi are an affectionate pair of lovers. One day, “Yanagi”, an android who looks exactly like Yanagi, arrives. Aoi thinks that something like an android is in bad taste. However, as Yanagi is going far away for his medical treatment, he says that he is leaving behind the android as his stand-in. Despite the android asking, “Would you like to see how it feels to hold me?”, Aoi has no interest. The activated “Yanagi” kisses Aoi, but— The year 2055, a world where androids and mankind coexist. The heartbreaking and lovely story of an end and a beginning. (from April Romantica)..