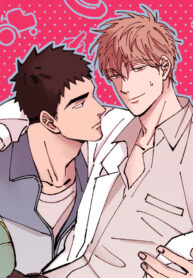 Lee Hyeon-woo’s had a parade of terrible ex-boyfriends, with his most recent ex dumping him in favor of a marriage to advance his career. Tired of his wretched love life and in need of some space, Hyeon-woo moves out of the city to the countryside. He’s only planning to stay there for a while until he’s recovered from his broken heart, but then he meets stoic farmer boy Kim Do-won. Hyeon-woo doesn’t mean to get mixed up with Do-won, especially when he knows it won’t last, but things rarely ever go his way

Matsuri no Mae – Before the Festival

Once Agin, As Clouds Part