I Don’t Remember That 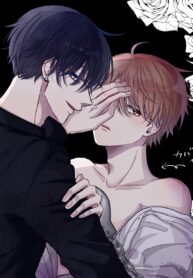 Takuto has lost all his memories after he met with an accident. While he found himself without anything to depend on, that’s when a man named Yuuki appeared claiming, “I am your lover”.

This is the start of an overly dangerous romance as Takuto begins his confinement-like cohabitation with Yuuki! Just what is Yuuki’s true identity? And what is the truth behind Takuto’s accident?