Omega At Dawn -This Cat Doesn’t Need A Mate!- 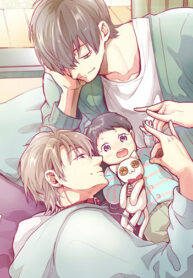 OMEGA X BETA WHORE UKE
In this world there are secondary gender like alpha, beta & also omegas who were not treated well ..Sei (Ω) was abandoned by his parents for being an omega right after his birth hence grew up in an orphanage ..but left while still being a middle schooler & has been selling himself while moving from one man to another ..One winter night while lying on the streets he encounters his childhood friend, Yuki Omiyata & moved in to his house while still selling himself soon got pregnant but Yuki who always had feelings for him decides to accept the baby as his & they starts living together & as couple soon a cute baby ,Arata is born but soon the situation worsen due to

Sensei, I Can’t Stand it

A muscular hero was fucked by a combat, and is completely defeated by combat’s big Alpha dick