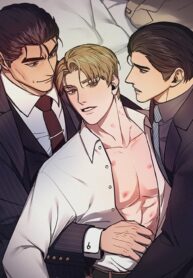 It all started when Han Yeesu met Kang Jihyung at a bar & fell for him ,after months of hard work both got closer & finally started dating ..Han Yeesu soon learns that Kang Jihyung is the young master of a conglomerate group with a sad past living with his neglected father,Kang Joongman ..In order to mend the relationship between father & son Han Yeesu started to live like a caretaker at their house .. but too his surprise One day, Kang Jihyung brought home a random girl just to screw over his father & after causing a ,mess left with her leaving Han Yeesu behind .. who now has nothing left apart from his father in law with anger management issues who strangely became fond of him

My Love Is Tired