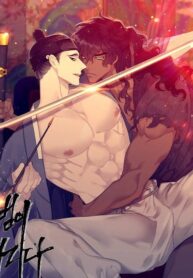 Brothers Without A Tomorrow

Brothers Without A Tomorrow

Ahn Geumhoo, the eldest son of Ahn’s family, sets out on a journey to search for a butcher, as he’s in need of an animal’s blood for his little brother’s medicine.

Along the way, he meets a nameless and peculiar-looking butcher. The butcher already famous on the streets, Ahn Geumhoo decides to give him the name “Beom”, and with his strange attraction, Ahn lets him into his home. However, Ahn doesn’t know when he became fascinated by Beom’s charm..