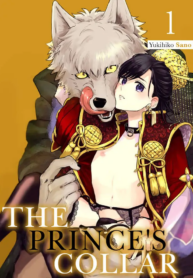 The prince and the beast… despite the two being from two entirely different worlds, they meet one night in a brothel. The prince had somehow become the object of satisfaction for these mating beasts.
Rushka Hariam, the crown prince of the Taoran Kingdom, disappears during a diplomatic mission. The vassals search frantically to find him so as not to have national secrets exposed, but to no avail. The prince had been sold to a brothel in the “Land of the Beast” by a trafficker!
In the Land of the Beast, werewolves rule and humans are treated as slaves. When a werewolf named Calvados pays a visit to the brothel, he is stimulated tenfold by the overpowering scent given off by Prince Rushka and decides to purchase the prince when he asks to be rescued.