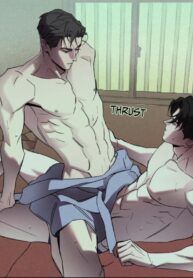 Click. A thoughtless finger slip leads Jo to snap a picture of Ian smoking on his balcony – and thus, their fates begin to intertwine. Jo can’t stop fantasizing about the tall, handsome stranger on the balcony, and he grabs any chance to get to know him better. Unfortunately, he doesn’t realize that Ian does the dirty work for one of the region’s largest, most unsavory gangs… and is the sex partner of one of their most powerful people. A violent struggle for succession within the gang drags Ian deeper into this hellish cycle, making him the target of both detectives and other gang members, and it only makes him crave Jo’s bright innocence even more. Although they undeniably yearn for each other, Ian’s darkness might be enough to consume them both. Will Jo be able to free Ian from despair, or will he succumb to the violence and corruption himself?

The Ideal Master of a Dreaming Trainer